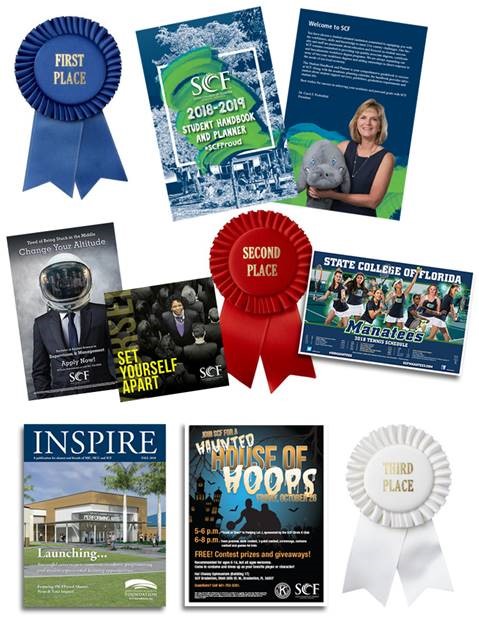 Share on facebook
Share on linkedin
Share on twitter
Share on email
(Bradenton, Fla., March 7, 2019) — State College of Florida, Manatee-Sarasota’s (SCF) Communications and Marketing (CAM) department has won eight awards in the 34th annual Educational Advertising Awards competition. More than 2,200 entries were received from over 1,000 colleges, universities, secondary schools and representative agencies from all fifty states and several foreign countries. Entries came from a wide variety of schools, including community colleges and universities such as Emory University and Ringling College of Art & Design. Fewer than 10 percent of entries received awards.

“It’s an honor to be among those recognized,” said Smith. “We are always looking for creative and unique ways to engage stakeholders with our publications and to proudly represent the SCF brand.”

To read more about the Educational Advertising Awards, visit educationaladvertisingawards.com.